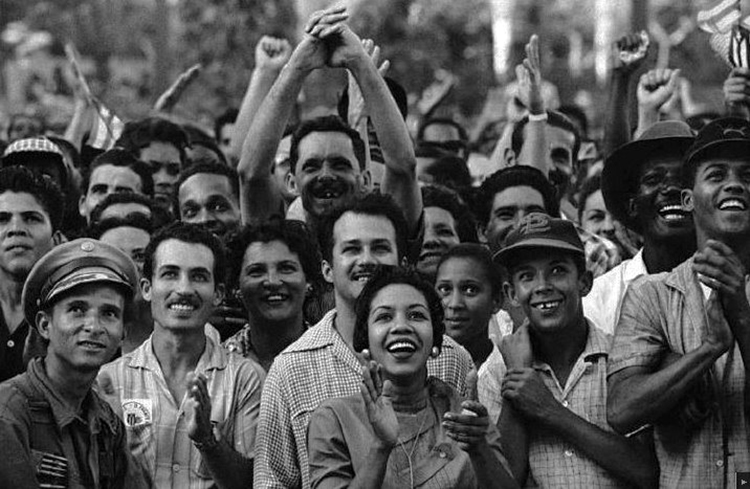 Fidel Castro’s death may mark the true end of the Cold War in the Americas. It also heralds the passing of a generation. The men and women who made Cuba’s 1959 revolution are in their final years of life or have already passed away, and their children and grandchildren often have vastly different assumptions and aspirations. I grew to know this generation somewhat when I spent about a year in Havana in 2005, conducting research for my dissertation. My project was historical, and as such I approached many people of Fidel’s generation to record their stories. That endeavor gave me a collective portrait of Fidel’s generation—the generation from which he rose, and which he so indelibly shaped in the subsequent decades.

In retrospect, 2005 was a kind of in-between period, not yet christened by historians. The island was gradually recovering from its long and bruising collapse in the 1990s after the Soviet Union dissolved. The survivalist measures of the 1990s—reforms that permitted Cubans to open home restaurants and other tiny businesses—were being rolled back. (They would later be revived under Raúl.) In those years, merely locating people for my interviews was often a challenge. The shortage of phone lines meant that many people had devised complex ways to share lines with their neighbors—a problem that has since been partially solved by the introduction of cell phones. Physically navigating the city was difficult for the uninitiated. Public transportation mostly comprised infrequent and uncomfortable camellos, makeshift megabuses pulled on a flatbed truck. The old American sedans that served as peso cabs displayed no signs announcing their destination; their drivers used hand gestures to indicate their routes. The lack of adequate printed maps of the city and the worn-away street signs complicated things further. Arriving at my interviewee’s doorstep was no small triumph.

Most of those I interviewed had participated to some extent in the anti-Batista struggle, mostly in the urban underground, less often in the Sierra. Others were too young to have participated in the anti-Batista struggle but became intensely active just after the revolution’s triumph. Most of my interviewees had remained politically loyal to the revolution and to Fidel; others were critical of his legacy. Many were bitter about the desperate material conditions they had been reduced to during the 1990s and the familial divisions that had resulted as many younger Cubans fled the island. Sometimes these interviews were formal: I came armed with my small digital tape recorder, pen and pencil, and a list of questions jotted in my notebook, while my interviewees sat stiffly across the table. More often they were informal conversations that took place over coffee, in rocking chairs in living rooms or on porches.

To what extent was Fidel Castro truly exceptional? His larger-than-life leadership and his enormous impact on twentieth-century history make him seem like a figure beyond comparison, a giant who towered above a small island. Still, despite their individual differences, there are elements common to his generation. Certain early political influences and a certain mindset as a result of revolutionary events came across clearly in my conversations.

His was a politically precocious generation often attuned to politics—including transnational politics—since childhood. As he recounted in a marathon interview granted to Spanish journalist Ignacio Ramonet, one of Fidel Castro’s early political memories was of the Spanish Civil War. Spanish immigrants like Fidel’s father had flooded to Cuba in the early decades of the twentieth century. Immediate family roots in Spain and a consciousness of the Spanish Civil War were common to a certain milieu in Havana. In my conversations, stories like these came up often. When asked about their earliest political memories, some elderly habaneros recalled their relatives arguing about the Spanish Civil War or donating money to the Republican cause. One woman I spoke to remembered visiting her relatives in Spain as a child, and how her aunts had cried because they wouldn’t see her father—a “free thinker”—in heaven. Others described political networks that crossed generations and were remobilized in the insurrection. One man, a young law student in Havana in the 1950s, described how he drew on the network of his mother’s relatives and contacts, exiled Republican activists. Almost inevitably the Spanish Civil War cast a long shadow in Cuba, contributing to the next generation’s sense of militancy and passion, and perhaps even notions of left and right in Cuba, for years to come.

My conversations also hinted at suggestions of a more anti-imperialist politics, perhaps surprising given the general historiographical consensus that the 1950s were a kind of nadir for anti-imperialist thought in Cuba. Interviewees occasionally mentioned attending university rallies for the independence of Puerto Rico or protests against the proposed Canal Via Cuba (a never-completed competitor to the Panama Canal). Those memories help us contextualize Fidel Castro’s participation in the disastrous 1947 attempt to overthrow Dominican dictator Rafael Trujillo, which otherwise seems to mark him as a radical outlier with an appetite for violence. A pan-Caribbean consciousness of imperialist power and dictatorship was neither widespread nor clearly articulated in the 1950s, but it was tugging just under the surface. That submerged sensibility would flame brightly after the revolution. It’s clear that the Bay of Pigs and other U.S. aggressions had a lasting impact on this generation, but that was partly because it found fertile ground.

Perhaps the most defining political experience for this generation was the sharp rise of the Ortodoxo Party, the left-leaning party that tried to revive the ideals of Cuba’s 1933 revolution from which its leadership had sprung. This was the ticket on which Fidel ran for congress in the 1952 elections, elections that never took place due to Batista’s coup in March of that year. The elderly activists I spoke to described attending meetings of Juventud Ortodoxa or attending Ortodoxo rallies with older family members. They remembered their parents listening to radio broadcasts of the party’s leader, Eduardo Chibás, a rousing orator who denounced the endemic corruption of Cuba’s political class. Many remembered the emotional funeral after Chibás committed suicide in 1950. It was common for them to see Fidel as a kind of consummation of Chibás’s vision. As one woman said, “el impacto de la muerte de Chibás lo sentimos mucho, pero luego llegó Fidel”—we felt the impact of Chibás’s death deeply, but then Fidel came. Another woman proudly showed me a tiny pin in the shape of a broom, the anti-corruption symbol Chibás made famous, which she still occasionally wore to rallies a half century after his death.

Then there was the impact of the insurrection itself and the experience of participating in action groups. In my conversations with people of Fidel’s generation I was often taken aback by the unabashed acceptance of political violence among those who had participated in anti-Batista actions. My interviewees matter-of-factly described the use or transport of arms, sabotage, and ajusticiamientos. One woman I interviewed had been a pharmacist in the 1950s, and she described in the same breath how she sewed rebel armbands and manufactured explosives in the back of the pharmacy. This was the triumphant generation, who understood revolutionary violence as self-defensive and who remained resolutely unapologetic. These same men and women described with barely abated pain the torture or killings of friends and relatives by Batista’s security forces. It was an issue that came up frequently, especially when asked if there was one single event that helped them decide to join the revolutionary movement. As one long-term labor activist I interviewed explained, he had been more interested in grassroots civic organizing, but when a friend was brutally tortured and killed, “perdimos la cabeza… decidimos que la única solucion era la solucion armada”—we lost our heads… we decided the only solution was that of arms.

Those too young to have participated in the insurrection told colorful stories about their participation in various mass campaigns just after the revolution’s triumph. A common theme in those stories was the sense of shock they felt upon witnessing rural poverty first-hand. This was an experience Fidel, Che, and other Rebel Army members had had while ensconced in the Sierra Maestra. In fact, replicating that experience and spreading that sense of outrage to other complacent city-dwellers was one of the unstated aims of the revolution’s rural programs. Such was the depth of rural poverty on the island that even urban youths from working-class families described the visceral impact it had on them. “Mirar esa pobreza me causó una impresión que me ha durado toda la vida,” explained one of my elderly friends, herself from a working-class family in a provincial city: seeing that poverty gave me a shock that has lasted my entire life. Another woman I spoke to—a young middle-class student from Havana—briefly volunteered at a sugar mill just after the revolution. She described how affected she had been by witnessing the deaths of sick children, who often died right on the road while waiting for transportation to a distant hospital. She particularly remembered how the coffins for children were always painted white.

Memories like these give a sense of the series of experiences that pushed many of this generation from social democratic to socialist politics. Too much ink has already been spilled on whether Fidel Castro was always “secretly” a Marxist, planning on moving the country toward radical anti-capitalist reforms and an alliance with the Soviet Union from the very beginning. But oral histories with other members of his generation suggest that a political trajectory from the Ortodoxo Party to some embrace of socialism, sometimes resulting in exhaustion or disaffection by the 1990s, was a common trajectory for many people. It was nurtured by militant experience in the insurrection and further radicalized by post-revolutionary U.S. aggression. And, of course, it was strongly encouraged by Fidel Castro’s leadership and example, but not necessarily imposed. As the explosives-manufacturing pharmacist told me, “aprendí a ser comunista junto a Fidel”—I learned to be a communist with Fidel. 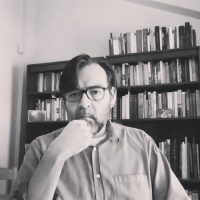 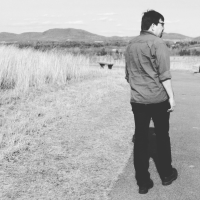 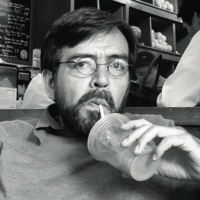 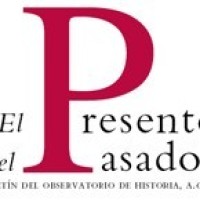