The U.S. Electoral College is such a ridiculous institution that it does not actually meet. Ever. Instead, fifty-one little gatherings take place, mostly in the state capitals, to elect the republic’s president and vice-president. The result of their “deliberations” are then sent to Washington D.C., where—on January 6—Congress appoints the people in charge of the federal government’s executive branch for the following four years. What is happening today is then not a tremendously significant event: it is just the meeting of fifty-one groups of people who will elect Donald Trump as the next president of the U.S.

The shock and embarrassment of Trump’s elevation, however, have encouraged some people to portray today’s vote—like the electoral process as a whole—in rather cataclysmic terms, as the last opportunity to stand by “democracy” and strop the ascent of “fascism” in the U.S. Yet the possibility that a couple of dozen electors would change their minds to frustrate Trump’s election is no more than a pipe dream. And even if they did, their decision could be easily reversed in January, when the Republican-controlled House meets. In truth, today does not mark the end of the electoral process, and so it is also very unlikely that things—Trump’s election—will be different after today.

Why, then, the anxiety? Trump’s personal nastiness is of course part of the reason. That, and a feeling that might be described as collective guilt: a kind of social remorse for having dismissed and ridiculed Trump as a politician—until it was too late. Particularly after the elections, a number of grand explanations and culprits have been produced to account for his surprising electoral success—as if the only way to make sense of the “surprise” would be to invoke big, deep historical reasons. Thus the plight of the white working class (especially in Pennsylvania, Michigan, and Wisconsin); thus the internalized sexism of most white women; thus the Democratic party’s overall shift towards the right; thus the growing split between rural and urban “America”; thus the intensifying gap between college-educated and high-school-educated people; thus the inability of Latinos to mobilize politically; thus the insidious meddling of the Russian Federation; thus the liberal solipsism of the press; thus the similarities between Germany in the early 1930s and the United States in the 2010s.

Besides being a little melodramatic, most of these explanations seem to imagine the 2016 election as a momentous event in U.S. history—the end or the beginning of something really big. Moreover, they all take for granted Trump’s “triumph”—the choice of words of both the New York Times and the Washington Post on November 9—when, of course, there was not such a thing. Even in the terms of the U.S. electoral system: with merely 56.9 percent of the presumptive electoral votes—as opposed to Franklin Roosevelt’s win in 1946 (98.5 percent of electoral votes) and Richard Nixon’s in 1972 (96.7 percent)—Trump’s victory does not look particularly triumphant. For those of us less civilized people who have yet to understand the subtle perfection of “American” democracy, noticing that fewer people voted for Trump—some 2.5 million and counting, or 2.1 percent of the popular vote—was obviously more than enough.

Set in historical perspective, in fact, Trump’s victory appears to be a much more ordinary an event—a sad yet common occurrence in recent U.S. history. On the surface, because his coarse, simplistic political discourse is not too far off from the things Ronald Reagan or George the Decider Bush would say: or was not calling the Soviet Union an “evil empire” (barely three years after the release of The Empire Strikes Back [1980]), or proclaiming that North Korea, Iran, and Iraq constituted an “axis of evil” (either owning or seeking to own weapons of mass destruction), just as stupid as the many stupid things Donald Trump has said in the last year?

On a couple of crucial aspects, moreover, the electoral behavior of the “American” people this year seems for conform to a historical pattern rather than signaling a turning point of any kind. In terms of polarization, for example, 2016 barely altered a trend towards “stable” partisanship that began to emerge in the second half of the 1970s—after the swinging middle decades of the twentieth century, and the wide victory margins of the first half of the century. (Since 1976—with the exception of 1988, when it was equal to 18.21 percent—the difference between the first and second presidential candidates has never been larger than 10 percent of the popular vote.) Geographically, it is true that the three states “responsible” for Trump’s victory in 2016 (Wisconsin, Michigan, and Pennsylvania) had been firmly Democratic since Bill Clinton’s election in 1992—but that only obscures the fact that most of them voted Republican in the 1980s, Wisconsin in 1988 being the sole exception. And anyway, in all three states the victory margin for Trump is so slim, almost imperceptible, that drawing bold, structural conclusions out of them feels, to say the least, excessive. (For details about these patterns, see Dave Leip’s Atlas of U.S. Presidential Elections—here.)

To be sure, a county-by-county analysis of electoral behavior might reveal even more interesting things—patterns that most likely would complicate the image of a country on the brink of a civil war that suddenly, or with a delay of twenty years in the case of the Rust Belt, decided to reject the legacy of its first non-white president. In any case, by looking at the elections with a little bit of perspective it is pretty clear that Trump’s victory was not possible by a rogue demagogue who stormed the Republican party and then the country as a whole. Yet, at the same time, this sad, terrifying political outcome could not be simply understood as deriving from deep structural changes. For better or for worse, his tiny victory—by no means a carte blanche, as he seems to believe it is—has been both ostensibly circumstantial and long, painfully in the making. As Barak el Deportador Obama could certainly attest. 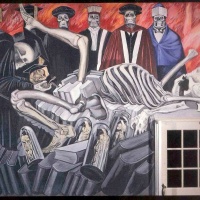 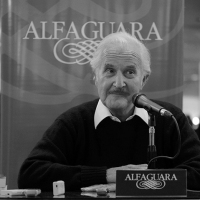 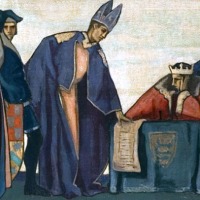 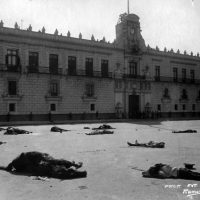 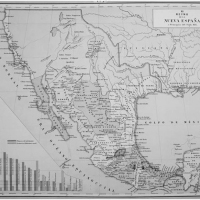